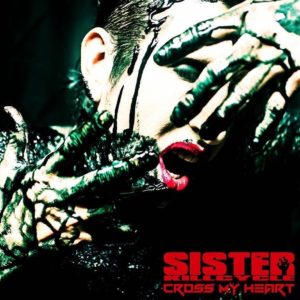 Sister Kill Cycle has created interest all over the United States as well as abroad since merging into the music scene with their intense sound aptly coined as Industrial Power Rock since 2004. They have created a stage presence in their live performance utilizing state of the art lighting and a technically choreographed stage production. The group brings the total package to the stage and audience. Experience has dictated that the visual side of their performance is equally important as the sound. Self-described as alternative hard rock Sister Kill Cycle has crafted their art of genre bending music that is appealing to audiences of all cultures. After relocating to Florida, 2005 the band released their debut EP “Massacre the Guilty”. Selling 2,600 copies. The EP was self-recorded at the band’s home studio and was mixed by Chris Telkes (Nocturne) and mastered by Sara Lee Lucas (ex-Marilyn Manson) and Trace (Celine Dion/NIN) at their MASTERLAB facility in Orlando, FL. The release captured the attention of both local and international fans as well as critics resulting in a huge fan base growth creating the highest ratings on MySpace in 2004. SISTER KILL CYCLE has developed a continuous growing fan base with self-promotion and social networking. Endless touring with live performances opening for such notable acts as BILE, ARCH ENEMY, CRADLE OF FILTH, THE CRUXSHADOWS, KMFDM, THE GENITORTURERS, NOCTURNE, PRONG, Mushroomhead, Sevendust, Thrill Kill Kult and CC DEVILLE (Poison) Sister Kill Cycle won Best Hard Rock Artist Award at the FIRST ANNUAL HARD MUSIC AWARDS in Tampa FL. 2006. Through this achievement the band was invited to attend and perform at the WINTER NAMM trade show in Anaheim, California. At this highly visible industry event Sister Kill Cycle secured product endorsements with MONSTER PICKS, DDRUM, BC RICH GUITARS, KUSTOM AMPS, FLOYD ROSE, ROLAND, EMG, SAMSON and HOSA CABLES. In May 2010 Sister Kill Cycle released a new full 10 track CD titled “Redemption Through Rebellion”. It was immediately followed by the “Crash and Burn Tour” with supporting acts Fractured Fairytales and Team Cyber Geist. Sister Kill Cycle has continued developing an ever growing fan base throughout the U.S. and in overseas markets in excess of a 60,000 fans. Their music and videos have stimulated attention from industry professionals from markets around the world most notable EUROPE and ASIA. Sister Kill Cycle is currently in the studio working on their third release. Strategic plans are in development to release at least two music videos in support of the new CD. A full tour to support the new record and videos is in the planning stages. Currently Sister Kill Cycle is getting rotational internet radio air play on Flying V Internet Radio on three songs. No Where, Cruel World, and No Surrender reaching an audience of 1.4 million listeners at any given time. In addition Sister Kill Cycle has been placed under the umbrella for endorsement by Texas Star Whiskey. http://www.reverbnation.com/rpk/sisterkillcycle Band Members Raven Chain -Vocals Charlie Cadaver -Bass Luniah Fontana - Drums Roy Stegmann - Synth