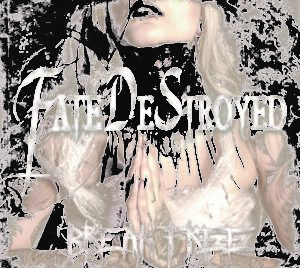 Fate DeStroyed, a Los Angeles based metal group formed and fronted by Franccesca De Struct in 2016, is breaking new ground with fierce new take on the metal status quo.

The band’s debut single “Break Free” is due to be released May 3rd 2018, with a music video filmed and directed by Matt Zane to follow. The band is currently in the studio recording an EP scheduled for release in late 2018.