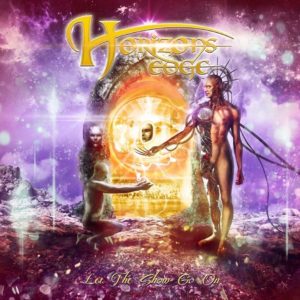 HORIZONS EDGE is a 5 piece power metal band from Melbourne Australia and they have recently released their album 'Let The Show Go On' through Melbourne label Dinner For Wolves and German label Fastball Music. The album was produced by Bob Katsionis and vocals were recorded/produced by Ralf Scheepers, the album's title track also includes a guest vocal appearance by Ralf. The band has been performing on the Melbourne Metal scene consistently for the last 4 years. In that time they have drawn a solid fan base with their memorable high energy live show. Horizons Edge are always pushing the boundaries with their writing so you can expect some new big sounds from these guys in the future\m/'Horizons Edge hit the stage and no lack of energy from all five members. Right from the first song they don’t leave you wondering what they’re about. Power riffs aplenty.