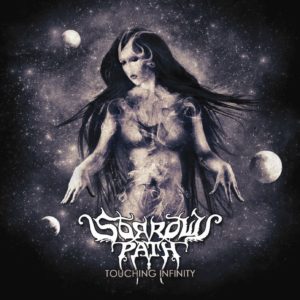 Sorrows Path was formed by Takis Drakopoulos (bass) and Kostas Salomidis (guitar) back in November 1993. Both being inspired by bands like Memento Mori, Solitude Aeturnus and Candlemass and shortly after Angelos Ioannidis (vocals) and Kostas Farmakis (drums) joined them, the band began rehearsing and composing material. During 1994 and 1995 Sorrows Path performed live in several gigs that by that time were being held in local clubs such as Rodeo, An Club, Ston Aera etc. In the meanwhile, on January 1995 “Sorrows Path”, the band’s first demo, was released but shortly after that, Kostas Farmakis decided to leave the band (sometime in autumn 1995). At the fall of 1995 and while the band was in a search of a new drummer Takis Drakopoulos tragically dies of a serious brain disease leaving the remaining members numb. After putting themselves together, Angelos and Kostas decided to continue with band and so after recruiting Stavros Giannakos on bass and Gregory Vlachos on drums continued rehearsing and performing live (Qualisound Festival, Rainbow Club, etc). The result of their efforts was a promo tape released in May 1996, simply entitled “Promo 96”, which was aiming in signing a deal with a record label. During the following year (1997) and after being in touch with record labels and promoters, Sorrows Path entered the studio to record some new material which was never released. In 1998 the band decided to take a break for about 2 years due to the mandatory military service that the band members had to undergo.