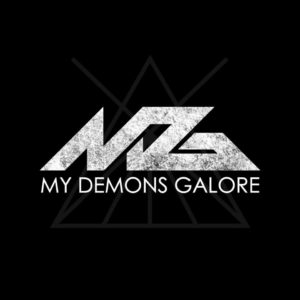 My Demons Galore is an American rock band from Brooklyn, New York, formed in 2015. The group’s first official music video “Empty Bottles” was self-released on Youtube and promoted across social media on August 31st, 2016, followed by the release of their self-titled EP “My Demons Galore” which came out on November 31st, 2016.

After a minor hiatus, as well as parting ways with some of the original members, the band rearranges the sound by incorporating heavier electronic elements into their new style and releases their second music video on September 14th, 2018 - “Carry Your Own Light”, which focuses on the issue of mental health and overcoming the hardships of all things related.

Being heavily influenced by the acts of Queen, Muse, 30 Seconds To Mars, Twenty One Pilots, Biffy Clyro, among many others, the band members describe their overall style and musical direction as “big, edgy, anthem rock”.

With striking lyrics, anthemic choruses and bigger-than-life personality, My Demons Galore are an NYC-based alternative rock band that will hit you with a blast of fast-paced, hard music comprised of distinct energy and vigor.