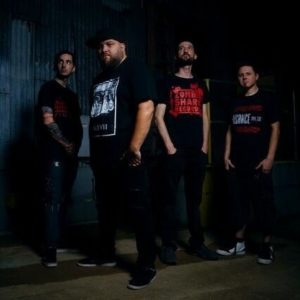 Alternative Metal outfit NoSelf from Central Florida have released their newest single, “Signal Flares”, produced by Matt Johnson at Revelation Studios. The single is the first track to make its debut from the group’s upcoming sophomore album, ‘Human Cyborg Relations:

Episode II’, to be released via Zombie Shark Records in 2019. The album comes as a follow up to the critically acclaimed ‘Human Cyborg

NoSelf states, “We are proud and honored to be releasing our newest album with continued support from Zombie Shark Records. We have been working really hard to deliver a quality album for 2019, and we are very pleased with the results.”

NoSelf is putting a modern twist on the nu metal genre; similar to bands like Cane Hill, DED, My Ticket Home, and Issues. The group is heavily influenced by bands like Deftones, Spineshank, Adema, Nothingface, and Korn.