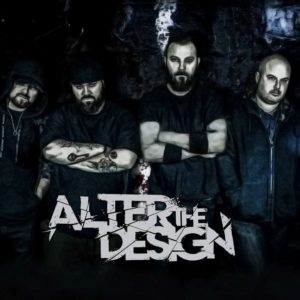 ALTER THE DESIGN has become one of Western Pennsylvania's premier rock acts. The band will play Metal In The Mountains Festival May 31st in Pipestem, WV. Influenced by Chevelle, Breaking Benjamin, Metallica and TOOL, the band has a heavy yet melodic style. Formed in early 2014, they began song writing as a collective, and working on their debut album. The band has become well known in Pittsburgh, and has shared the stage with TRAPT, Shamans Harvest, Otherwise and other's. Alter The Design's debut album "Welcome to Our Nothingness", was released in 2016. The music that was created resulted in sounds infusing heavy, melodic yet raw and unpolished vocals with meat hook guitar riffs. Debuting on Pittsburgh's 105.9 the X in 2016 with their first single, ALTER THE DESIGN has released three follow up singles, including "Feathers" and the most recent single "Third Degree"