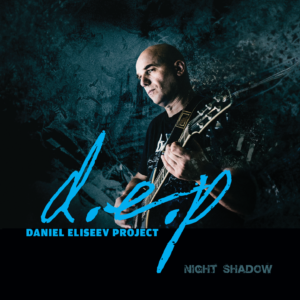 Daniel Eliseev Project (D.E.P.) is a band founded by Daniel Eliseev for recording and presenting his own music. In 2016 the founder released his first demo and began to engage different musicians for the project. In 2017 the recoding sessions for the first album of the band started. The project is open for different genres of music, but progressive rock have a central role in the style of the band. The debut album is absolutely dedicated to a palette of the diversity of the classical and modern prog-rock. Most of the project members are well known musicians in Bulgaria. On October 15th the first single of D.E.P was released - the opening track of the album - “Alter Ego”. This track was released with an official videoclip available in YouTube: On 8th of November 2018 the debut album”Night Shadow” of the band will be released. The album contains 8 tracks with more than 44 minutes length. The compositions included in the album skillfully combine the traditions of classic progressive rock with the influences of modern progressive rock. Beside the electric guitars, bass, synthesizers and drums, you can hear the sound of classical guitar, acoustic guitars, viola da gamba, violin, glockenspil. The vocal lines are very complex and they are decorated with additional vocal harmonies ( influenced by Gentle Giant , Yes ). ​