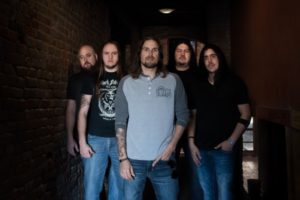 Driving force guitars, shredding and slaying to the core, addictive choruses with powerhouse vocals and an overall amped up amount of energy that electrifies with every live performance, is what this Oklahoma rock band, Reliance Code has to offer.
Check out the new release and video for Reliance Code's song "Never Bring Me Down"

Reliance Code is a rock band out of Eastern Oklahoma which first took the stage in July 2016. In 2017, Reliance Code quickly burst unto the scene, performing at such events as Blue Ridge Festival in Virginia and Rocklahoma. Reliance Code has also been main support for national acts such as Gemini Syndrome, Texas Hippie Coalition, Jackyl, & HELLYEAH.